All Issues of the “Lake of Lotus” (Tsopema) – our Bilingual Buddhist Journal – have now been uploaded, and are Available in English, Traditional Chinese and Simplified Chinese versions. 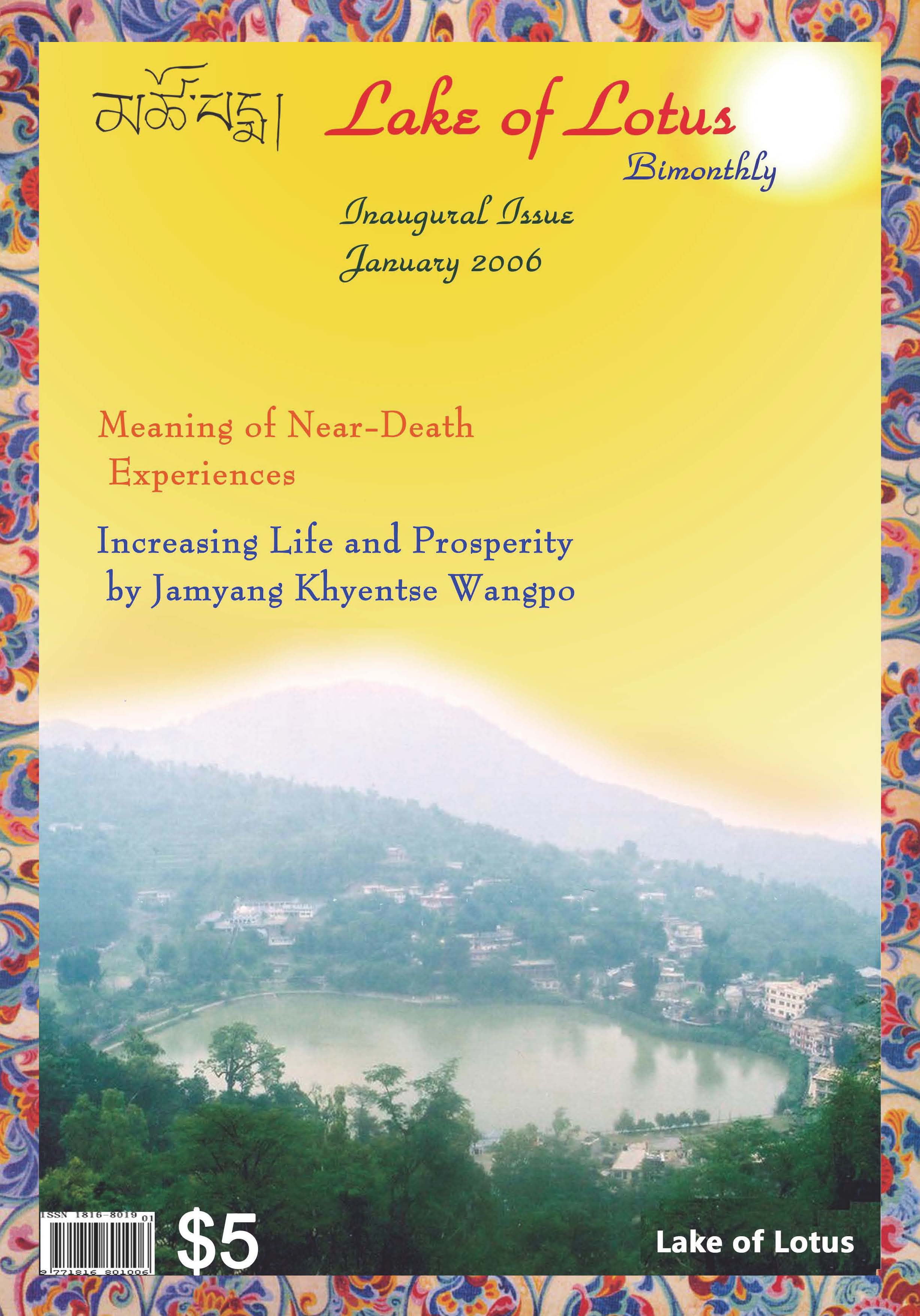 Applying the “Tibetan Book of the Dead”

in Explaining the Mysteries of Life & Death.

Knowledge as Footnotes; as well as in

Explaining the Mysteries of the Universe. 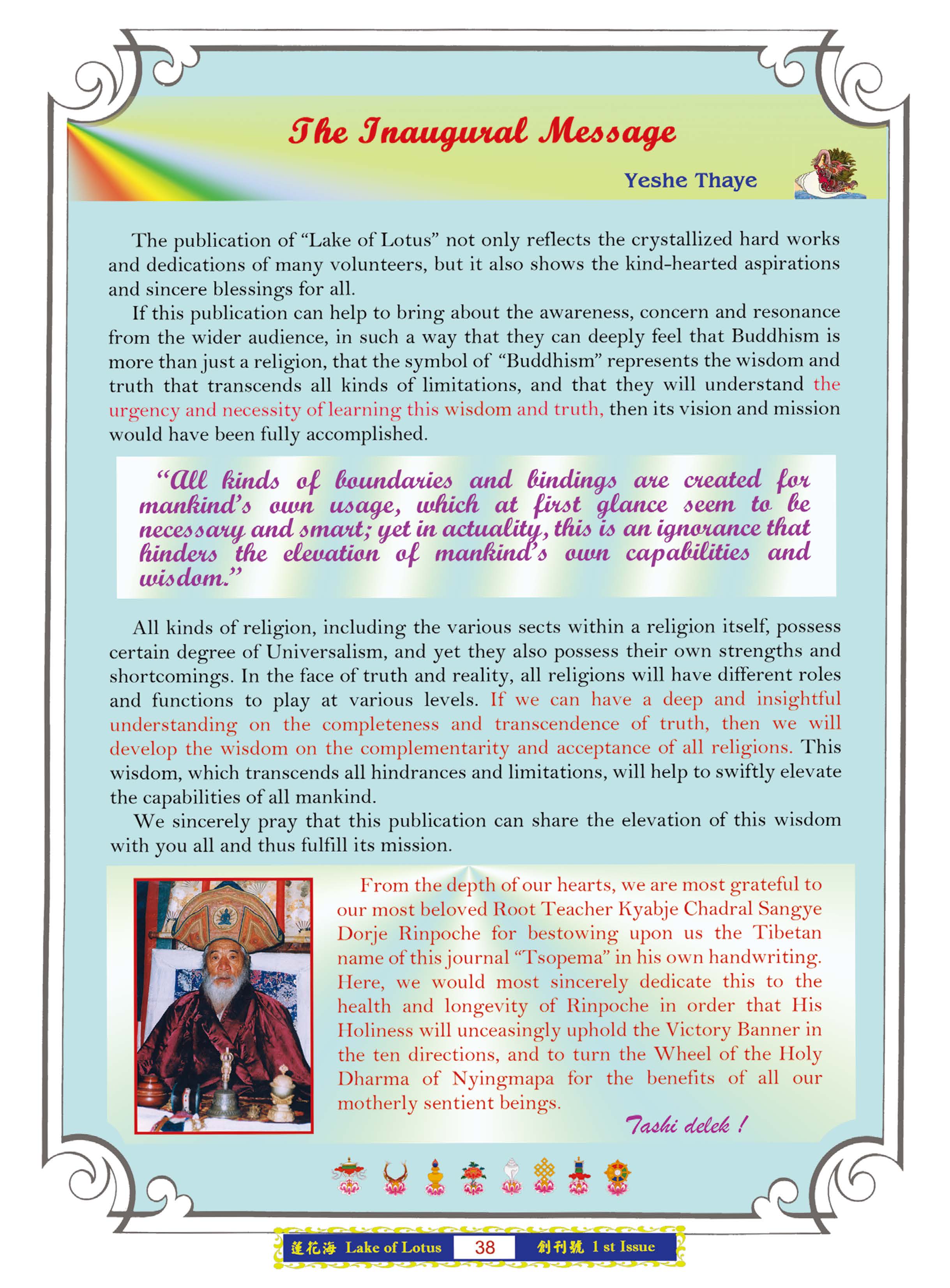 The Dudjom Buddhist Association (International) was founded in Hong Kong by Ven. Vajra Masters Yeshe Thaye and Pema Lhadren in January 1998, and will be celebrating the 20th Anniversary of its founding by early next year. Its website has now provided free downloads of its bimonthly English-Chinese bilingual journal, the “Lake of Lotus” (Tsopema), for world-wide circulation and distribution free of charge.

Their English-Chinese bilingual journal “Lake of Lotus”, together with a free distribution of DVDs on the Buddhist teachings, has been widely circulated in all of the convenience stores locally in Hong Kong ever since January 2006. In order to provide for a wider audience across the world, it is now further distributed free of charge for easy download in eBook format at http://www.dudjomba.com. Due to its thought-provoking insights, while using scientific investigations in explaining the Buddhist teachings, the Association has now been widely acclaimed as one of the most influential Buddhist organizations in the world.

Over the years, the Dudjom Buddhist Association (International) has produced various kinds of educational series, with numerous video lectures in both Chinese and English languages, placed on our YouTube TV Channel so as to teach and explain the fundamental essence on the Buddhist Holy Dharma and on Life and Death Education, and so on. All we wish to achieve is to help Buddhist believers to better understand the genuine Buddhist Dharma, the Meaning of Life, and how they could deal with those major issues and choices in life, such as Life and Death, etc.

As our productions are getting more and more in recent years, we would sincerely like to invite you all to support our Dharma activities by donating generously for the video productions and related translation works on the Buddhist Dharma in order to benefit even more sentient beings, such that they can come to learn and realize the true and genuine Holy Dharma. Indeed, if you can lend your gracious and generous supports to all of our Dharma activities, this will generate and accumulate countless merits, which will be dedicated to all our motherly sentient beings, as limitless as the sky!

Do Support us with Donation: https://goo.gl/frGJdd