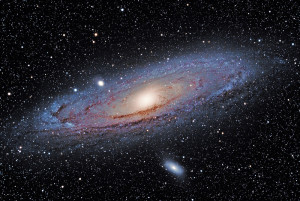 THE ANCIENT WISDOM OF BUDDHISM FOR THE NEW MILLENNIUM!

The coming of a New Millennium will definitely have long-term effects for humankind. The effect of globalization in the world’s political economy, together with the coming of the network society, brings us into a whole new era of dynamism and reintegration of human forms of behavior and thinking patterns. Yet, at the same time, we will have to dis-engage ourselves with the old ways of life, in order to re-engage ourselves in the new modes of life ahead of us. Similarly, we have to de-condition ourselves in our various social and cultural conditionings, in order to re-condition ourselves in new modes of social and cultural arenas and their underpinnings.

The bringing forth of “virtual realities” in the global context, while surfing on the tidal wave of information technology around the world, is becoming more and more a part of our daily activities in this new era. Deep down inside, for all Buddhists, we know that the whole universe and its human drama are nothing more than just one such huge “virtual reality” created by the “deluge of collective karma”, which will bring about a new and dynamic approach in the ways human life and relationships are to be organized and compartmentalized in the decades ahead. This social construction of reality will leave us more vividly with the relative notions of “space” and “time” as we enter into this New Age of Information Technology.

The vacuity of modern day living, while materialistically affluent, is spiritually undermined and decadent, and becomes totally hollow within our own human soul. It is in this new age that we need to redefine ourselves, as well as to re-position ourselves in the universe, in order to make spiritual sense out of our own survival in this human jungle of social existence. While crossing the threshold of a new millennium, we are entering into an ever-changing and daring period in the new frontiers on the mysteries of life and the universe. With the decoding of DNA secrets and the genetic engineering that life sciences have brought us new discoveries in the microcosmic world, as well as other new paradigms in the macrocosmic world, all of which are bringing us to a new “weltanschaungen” of the universe and our place in it.

Carl Sagan, the Cornell physicist-astronomer-philosopher, in this Introduction to Professor Stephen W. Hawking’s international bestseller A Brief History of Time: From the Big Bang to Black Holes (Bantam Books, 1988) mentions: “We go about our daily lives understanding almost nothing of the world…. In this book are lucid revelations on the frontiers of physics, astronomy, cosmology, and courage. This is also about God… or perhaps about the absence of God… And this makes the more unexpected the conclusion of the effort, at least so far: a universe with no edge in space, no beginning or end in time, and nothing for a Creator to do.” These daring words brings home the message on the ancient wisdom of Buddhism, and that we will need a “re-evaluation of values”, to use Nietzsche’s term, so as to help us learn the Real Treasures within us! Indeed, this new 21st century has been predicted as an Era of Spirituality!

To be able to come to terms with ourselves, we need to de-construct the meanings in our present socio-economic/political constructs, as well as in our socio-psychological and physiological structures of human beings, so as to re-construct new meanings in our lives by putting all these into a holistic and global perspective. National economies and nation-states will be collapsed into the “black hole” of globalization, resulting in the shrinking of the globe in terms of space and time. On the other hand, the establishment of virtual reality is expanding, like the “big bang theory”, such that more and more smaller worlds (each in their own rights) will be formed in people’s social networks and circles in this new Information Community. It is to this extent that the ancient wisdom of Buddhism can help to provide us with new insights to the perennial questions in human life and to prepare ourselves for the “paradigm shift” of this new millennium.

Life and death, being the core of such kind of perennial questions which transcends temporal, spatial, religious, ideological, racial, ethnic, national and cultural boundaries, is an important topic for our daily life in the contemporary world. In making sense of the spiritual dimension in our everyday life, “mind training” is an important ingredient of Dharma practice. In training our minds, we can then have a better appreciation and application of “the interplay and interface of Dharma practice with everyday life”, a topic to be specially dedicated for this new age, which we think will have particular significance for contemporary living of the 21stcentury. This is, indeed, the Art of Living in our modern life for the New Millennium!

Finally, we sincerely pray for both our Most Beloved Crowning Jewel (Root Guru) His Holiness Kyabje Chadral Sangye Dorje Rinpoche and the Holy Dharma to remain firm and steadfast in this world forever, for the benefits of all our motherly sentient beings, as limitless as the sky!